Aacharya Mahavir Kirti Ji Maharaj was born on 3 May 1910 in Firozabad, Uttar Pradesh, in the Padmavati Porwal caste, to Shri Ratanlal Ji and Smt. Bunda Devi. You had 4 sisters. He was named Mahendra Singh. Due to the death of  his mother at the age of 10 years, there was a deep impact of life's material presence and he his interest towards Jainism got severely increases. He decided to first study Jainism deeply and understand Jain philosophy.

At the age of 16, you began to practice religion of Shravak Dharma and started observing harsh fasts, considering the world to be "asharan", turned away from body and enjoyment, and took the seventh "Pratima" from Param Pujya Muni Chandra Sagar ji.

In the end gave his Aacharya Pad to Shri Vimal Sagarji Ji Maharaj and took Sallekhna. 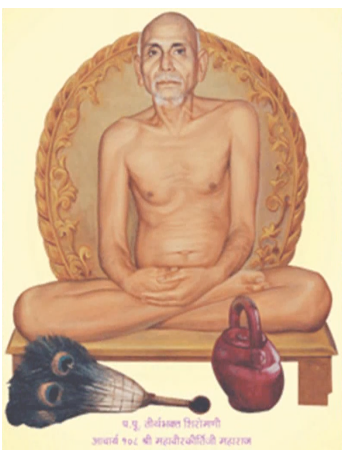