In the true tradition of Jain Acharyas, we are lucky to have Acharya Vidyanandji in the 20th century. It is for many centuries that a person of this caliber, vision, knowledge, exceptional managerial skills and towering personality is known to Jainism. Many historical and landmark projects were considered by him to help the Jains to come together (cutting across the sectarian barriers) and understand the great treasures (of values, philosophy and literature) inherited by us as a result of excellent work done by all the Jain Acharyas over many centuries. His command over many languages ​​(current and ancient), depth of knowledge and great amount of research in old scripts is reflected in his actions, thinking, discourses and many books written by him. He has widely travelled across the length and breadth of the country covering thousands of miles barefoot, including visit to ice covered Amarnath Caves in Himalayas that accessible only for a few days in a year. Hopefully, his continued presence will be a constant source of inspiration for all of us to spread the message of Sarvodaya (world religion), for the benefit of all living beings. 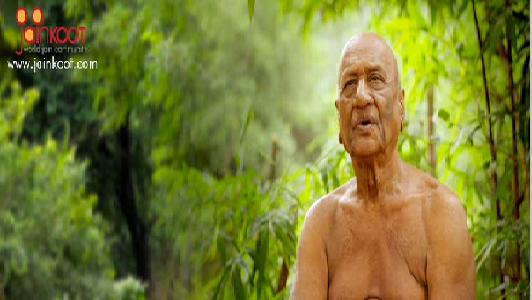