Acharya Shri Punya Sagar Ji Maharaj: Mahavira (childhood name of Acharya Shri Punya Sagar Ji) born in the house of Shri Mohan Lal Ji in a village of Dungarpur district, Rajasthan, on the Kukshi of Mother Smt. Veena Devi. Both Mohan Lal ji and Shrimati Veena Devi ji were religious devotees. One day Veena Devi told Shri Mohan Lal ji that she has been having very beautiful dreams and dreams of Jinendra Prabhu for a few days. It is said that a saintly creature will be born from your womb. Then Veena ji was happy and after 3 September she gave birth to 1 son. She was named Mahavir. And who knew that this Mahavira was also Mahavira's In the same way, we will further influence Jainism. Since your childhood, the parents gave the sacraments of religion. Mahavir had embraced truth, non-violence and forgiveness in his childhood. Arrived. The entire village became religious. At that time Acharya Sri established a school for imparting knowledge of religion to young children. Mahavir was also among those children. Acharya Sri started teaching by wearing janehu according to the ancient method. Seeing the wearing of Janehu, Mahavir's parents requested Acharya Shri Sanmati Sagar ji that please get off his body. There is only 1 brother. Then Acharya Shri said that after observing it for 1 year, take it off the tree but remember 1 thing that its steps will not stay in the house. And it will later spread the flag of Jainism. Such words of Acharya Shri Hearing this, both parents got scared. Mahavir's visit to the temple also stopped. But as it is difficult to control the wind and the mind, Mahavira was also difficult to stay in the house. He came to know Sagwada. When Mahavir was 14 years old, then Acharya Shri Pushpadanta Sagar came there. The entire family preached by listening only Mahavir was not allowed to go. What did he come to hear the discourses of Acharya Shri Pushpadanta Sagar ji. Sitting at the back of the meeting, he started listening to the poignant discourses of Acharya Shri. The effect of the scripture was that he forgot to go home and he stayed with Acharya Shri. Next day when When the parents saw them in white clothes, they asked them to go home. Then you refused to go home. Then the family members told Acharya Shri Just want to take him to the food. Then he went home with the permission of Acharya Shree. But the parents locked him in the house. After that Mahavir did not eat food for 2 days, then the family members returned to Acharya Shree. He took it near and he grew there for Jainiswari initiation. Then Mata explained a lot and said that keeping the Muni Dharma is not easy work, then Mahavir said that easy work is doing all the hard work is the identity of the generous Then Mata ji blessed that if you are going then do not look back, follow the Muni Dharma and maintain your total dignity. After this Acharya Shree Pushpdant Sagar Ji first made Aulaklak then Elk and then Muni Punya Sagar. For some time Acharya stayed alone with Shri. His discourse and serious thought left such a deep impression in the public psyche. The first Chaturmas Bhind-Eitawah took place after eruptive initiation in 1943, where the practice of meditation and scriptures followed by silence The study was the major task. 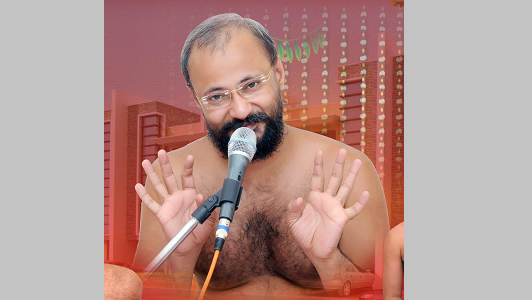