Sukumalanandi Ji Maharaj was born on 29 August 1978 in Navan (Nagaur). At the age of just 15 years, on July 25, 1993, he took initiation to Chhullanak and then the next year on March 15, 1994, he took Muni initiation in Malpura. After this, you received the post of Upadhyaya on 9 May 2004 by the Guru Kantastham Kar Guru, a number of esoteric doctrinal, epistemological, Vya Karan Sambandandhi texts, and on 13 February 2005, the post of Acharya was approved on 20 March 2005 in Cantonment (Indore). After the attainment of the post of Acharya, hundreds of Panchakalyana Mahotsavs, altar reputations, temple construction, mass legislation, camps, etc. have been tried to awaken the religious influence by making religious rituals such as Sanand Nirvighn Samp 1. 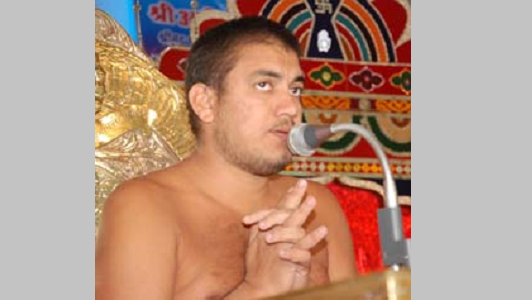