Jain Muni Pulaksagar was born on 11 May 1970 in Dhamtri, Chhattisgarh. His name was Paras Jain before assuming Muni pad. He left home on 27 January 1993 to promote Jain Jainism, following the Brahmacharya vrat. He obtained diksha from Acharya Shri 108 Pushpadant Sagarji Maharaj and dedicated himself in the spirit of public welfare.

A religious Jain family from Dhamatri village, Chhattisgarh, who lived with devotion to Jainism, came to prosperity and happiness when the father Bhikam Chand Jain and mother Gopi Bai Jain blessed with a child on May 11th, 1970 who called as "Paras Jain". After showing the horoscope of Paras to their family pundit, both parents were surprised when they came to know that Paras is not an ordinary child even, in future he will be a great saint who will bliss out to the entire humankind. From the beginning, Paras was interested in reading religious epics. At the young age of 23 years, Paras came in connection with Sant Shiromani Acharya Shri 108 Vidyasagar Ji Maharaj and on 27 January 1993, Acharya Shri granted Brahmacharya Vrat to Paras. Paras also influenced to Acharya Shri 108 Pushpadant Sagar Ji Maharaj with his determined and religious views and Acharya Shri honored to Paras with "Alok Diksha" on 27 January 1994 in Gwalior. After some time, Paras were granted "muni diksha" by "Acharya Shri 108 Pushpadanta Sagar" Ji Maharaj in Kanpur and he addressed as "Muni Pulak Sagar".

After this, Muni Shri Pulak Sagar Ji Maharaj visited to Delhi, Meerut, Agra, Gwalior, Jaipur, Ajmer, Alwar, Indore, Mumbai, Nagpur, Surat and many other big cities with the resolution to make people self reliant and to uplift the entire human-kind and protect Jainism. 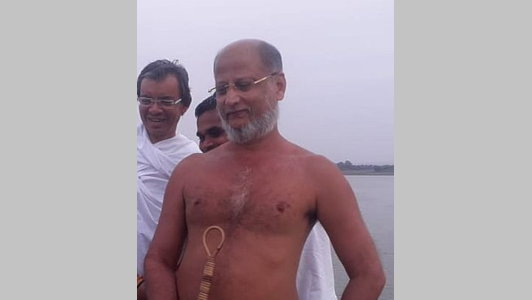 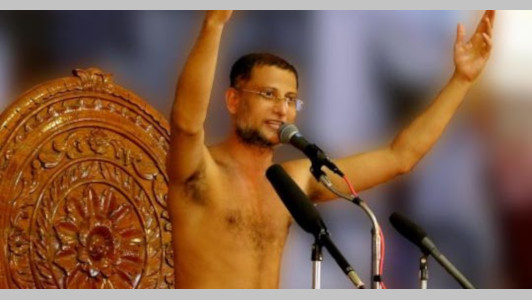 Jain Muni Pulaksagar was born on 11 May 1970 in Dhamtri, Chhattisgarh. His name was Paras Jain before assuming Muni pad. He left home on 27 January 1993 to promote Jain Jainism, following the Brahmacharya vrat. He obtained diksha from Acharya Shri 108 Pushpadant Sagarji Maharaj and dedicated himself in the spirit of public welfare.